It's that time of the week again when I attempt to predict the outcomes of the upcoming Premier League games. I did reasonably well last week with three perfect scorelines, three correct outcomes and seven incorrect. It means I stayed fifth in my predictions league with only two weeks to go, but I still have hopes of finishing as high as second.

There are a lot of crunch games this week and it's not easy to predict the outcomes with so much at stake for so many clubs. It should make things very interesting though and it looks like a lot of issues will go right to the last day of the season. Here's a look at how my predictions league stands.

Villa have hit form at exactly the right time to save themselves from relegation. A win in this game guarantees their survival, but it won't be an easy task against a Chelsea team chasing Champions League football. Villa have had very good results against other struggling teams recently but all of the top teams have beaten them in that time.

Christian Benteke has been an excellent fantasy performer since the turn of the year and he has been ably supported by Gabriel Agbonlahor.

Chelsea have a Europa Cup Final only four days after this game and there must be a temptation for them to rest players. A win would guarantee a top four finish with a game left to play and that has to be their top priority. They have only won half of their 18 away games and too much rotation could be a dangerous thing for them.

This promises to be a very close game and I have a feeling it will end all square.

Stoke are as good as safe from relegation and have only lost four of their 18 home games. They seem to have found some of that defensive stability which was a hallmark of the first half of their season. They're never an easy team to beat and will want to put on a performance for their fans in their last home game of the season.

Asmir Begovic, Ryan Shawcross and Robert Huth are again the Stoke players to consider for fantasy managers but maybe not against Spurs.

Spurs could only draw at Chelsea on Wednesday night and their fate is no longer in their own hands. They need to win this game to have a realistic chance of a top four finish but they have been far from their best in recent weeks. Only United have scored more away goals than Spurs though and they will need to find that goalscoring ability in this game.

Gareth Bale continues to excel for Spurs and is a must for any fantasy manager.

I can see this being another really close affair and I think Stoke will do enough to get a point.

Everton can no longer qualify for the Champions League, but they will finish ahead of Liverpool if they win this game. They have only been beaten once at home this season and will be looking to finish the season on a high. They have been solid at the back in recent weeks and will want to put on a performance to bid farewell to David Moyes.

Leighton Baines is the best performing fantasy player for Everton and always worth considering.

West Ham have become very difficult to beat in recent weeks and have moved into the top half of the table. Only Reading have lost more away games though and West Ham are the lowest scorers away from home.

Andy Carroll has being doing pretty well for fantasy managers in recent weeks.

I think Everton will have the edge in a very tight game and will get the win they need.

Fulham have gone to pieces in recent weeks and are lucky they were safe from relegation before they did so.They have taken only one point in six games and were beaten at home by already relegated Reading last week. They have lost eight of their 18 home games which is more than usual for a team who are quite strong at home.

I can't see any Fulham players to pick at the moment.

Liverpool needed to beat Everton last Sunday to have a realistic chance of catching them but could only draw 0-0. They have only won six of their 18 away games, but only United have scored more away goals than Liverpool. With the exception of the 6-0 win over Newcastle they have struggled to score in recent weeks.

If Liverpool are going to take advantage of a struggling Fulham team then Daniel Sturridge and Phillippe Coutinho could be the players to benefit.

I think Liverpool have to be good enough to beat a Fulham team that are performing so badly.

Norwich lost at home to Villa last week and the result leaves them three points above the relegation zone with two games left. They will feel they need something from this game as their chances of getting a result at City on the last day are slim. The defeat against Villa was only Norwich's fourth home defeat of the season and the cannot afford a fifth one.

Robert Snodgrass has been the most consistent fantasy performer in the Norwich team.

West Brom have little left to play for and have lost 10 of their 18 away games. They have still played well in recent weeks though and will make Norwich's task hard for them.

Both Romelu Lukaku and Shane Long are in form at the moment and worth considering.

I can see this being a nervy affair for Norwich and probably ending in a draw.

QPR are now rooted to the bottom of the table and looking forward to life in the Championship next season. They have only won two of their 18 home games and scored 12 goals in the process. This is their last home game of the season and surely they will want to give their fans something to cheer for a change.

I can't see any QPR players worth including for fantasy managers.

Newcastle were very relieved to see Wigan lose on Tuesday night as it kept them out of the bottom three. They need to get something from this game or relegation will be staring them in the faces with only one game to go. They have only won once in 18 away games and only Villa have conceded more away goals than Newcastle.

At the moment there are no Newcastle players who look likely to perform for fantasy managers.

I think this could be a nervy affair for Newcastle but they will probably get a point from it.

Sunderland got a precious point at home to Stoke on Monday night after being reduced to 10 men. A win in this game will guarantee their safety because of their superior goal difference, but it won't be easy for them. They have only won five of their 18 home games and there have been very few goals by either side in those games.

With Sephane Sessegnon suspended and Stephen Fletcher injured the only Sunderland player worth considering is Simon Mignolet.

Southampton have four points to spare over Wigan and it should be enough to ensure their safety. They were unlucky to lose at Spurs last week and will make Sunderland's task very difficult. They have only managed three wins away from home though.

Rickie Lambert and Jay Rodriguez are the Southampton players to choose for fantasy managers.

I can see Southampton making life difficult for Sunderland and getting an away win.

United will be presented with the league title at this game and get to say good bye to Alex Ferguson too. They have taken their foot off the gas since winning the title, but I expect them to be at their best in this game. They have won more home games than any other team and only Arsenal can match the goals they have scored at home.

Robin van Persie is still by far the best fantasy performer in the United team.

Swansea haven't been good since winning the Capital One Cup, but they did manage to win at Wigan in midweek. They have found goals hard to come by on their travels and will miss the injured Miguel Michu.The win at Wigan was their first win in eight games and can't expect to get much from this game.

I can't see any Swansea players to recommend at the moment.

I can't see anything other than a United win in this game.

Arsenal have their fate back in their own hands after Spurs failed to beat Chelsea on Wednesday night. They are the joint top scorers at home and have taken 33 points in their last 14 games. They haven't been exactly convincing in recent weeks, but they have got the results they needed.

Theo Walcott is the Arsenal player performing best for fantasy managers in the last few games.

Wigan needed to win at home to Swansea on Tuesday night but some very poor defending saw them lose 3-2. They have managed five away wins which is better than the other teams at the wrong end of the table, but they will have their work cut out against Arsenal. Wigan play in the FA Cup final three days before this game and the effects of that game could really count against them.

If Wigan are going to stay up then they will need Shaun Maloney, Arouna Kone and Callum McManaman to perform for them and fantasy managers too.

I think Arsenal will be able to do enough to get the win they need.

Reading may be relegated already but they got a good 4-2 win at Fulham last week. This is their last home game of the season and they will want to go out on a high, but it won't be easy against last season's champions. The win against Fulham was their first win in 11 games but they will feel they have a chance against a team who have played in the FA Cup final four days before this game.

I can't see any Reading players to recommend to fantasy managers.

City only need a point from their last two games to wrap up second place ad they are favourites to win the FA Cup on Saturday too. They're 10 points behind United and they have taken 10 points less than them away from home. It's not unusual for champions to struggle a little on the road as every team wants to claim such a big scalp.

Carlos Tevez and City's defenders are the players to watch in my opinion.

Despite City not being great away from home and playing in the FA Cup on Saturday I think they should still have enough to win.

That's it for this week.

See you next week. 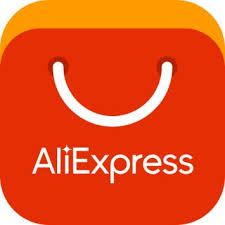 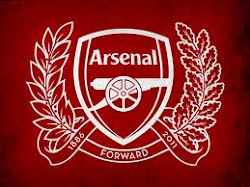